Are you interested in investing in the Share Market? If you worry that it is a risky business, you are probably right. However, who said that investments are for the softhearted and the wimpy?

Anyway, do not worry if you are ignorant about how to invest and trade. To understand the basics, let us look at all-time favorite investors of all times, viz, Warren Buffet and George Soros.

In the fields of Stock Markets, some warriors stood their ground no matter how the markets went. These are those who beat their needs and live to inspire others. Warren Buffett – The Oracle of Omaha

When you start investing, it is always good to begin at the feet of the wise. Warren Buffett has known for his reserve and calculated investment style, which has earned him a fortune to be called one of the world’s wealthiest people.

Invest and Avoid Trading: Warren Buffet does not trade in the typical sense. He is a good investor who believes that it should be like buying the company itself when you buy a stock. This means that you must be aware of the value of that company.

Find the True Value of What You Invest in: Buffet determines companies’ real value by looking at their fundamentals. It is not hard for you to check on how a company performs, who is in the management, and what their histories are.

Maybe you don’t have the resource to get materials and analyze them as Warren Buffet does, but you could do some basic research at least.

By going through many data and reports, Warren Buffet determines the real value of a company. He looks if its stocks’ price is undervalued, which means the value of the stocks is less than the company’s real value.

If the company were undervalued, he would buy it because he knows it will go up quickly. This type of Value investment has brought in rich dividends to this 81-year old investor.

Stay Calm: Besides, he does not jump the gun when markets go against the purchase. He stays calm and does not sell if the prices plummet and do not buy if the prices go up unreasonably. Warren Buffet knows its total cost and understands that the market will eventually correct to reflect its actual value.

Invest in What You Know: As stated above, he invests in a business that he knows and can predict reasonably well the prospects. This is one reason that he didn’t invest in the dot.com business and other technology companies.

He had no clue about its business and was not able to calculate its actual value. That was not the case with Coca Cola. He knew exactly what the business was and did not find it hard to see a big future for the soft drink, especially in this globalized world.

Don’t Over Diversify: Warren Buffet never over diversifies his investments. He knows reasonably well about the stocks he possesses, which do not usually exceed more than 10. If you have researched well and identifies the stocks’ real value, then why should you go around investing in many companies? This might be unconventional, as you might have read that diversification is the basic rule in investing.

The primary thing against it is that you would not profit when some companies make a massive killing if you over diversify. Your profits will be tied down by other companies which are facing a loss. By buying into companies from different sectors, you are becoming the market itself.

How, then, do you propose to beat the markets as Warren Buffet and most of his tribe do? Therefore, stick with a few stocks that you find to be undervalued.

However, diversification in low-risk financial instruments is insufficient as long as you do not go overboard with it.

Once you get the taste of investing from Warren Buffet, let us go into the world of speculation and trading. There is a stark difference from the warm and reserved and calculated Buffet to the more aggressive and speculative type of George Soros.

George Soros is more of a trader than an investor with his interest mostly in bonds and currencies. He believes that markets are chaotic, and traders fall for the herd mentality.

Go Ahead of the Herd: George Soros was aware of the herd mentality in the markets, and he used it to his advantage. He never was the person to be running along with the herd. He is known to move ahead of the herd and make the first killing.

His instincts were powerful, and he could sense when a herd was about to move. He didn’t wait but act swiftly when an opportunity beckons.

Time to Reflect: Soros may be an arrogant trader, but his decision to hold or sell resulted from long reflection. He also consulted a few people who mattered and could give a good account of the situation.

He also took time to reflect and think about the markets and what should be done. Typical traders react by the moment, but here is one of the world’s most excellent trader reflecting and thinking before going in for the kill.

George Soros spoke about his animal instincts, which helps his trade, but that instinct was strengthened by many hours of thinking and deliberations.

Taking Big Bets on Decisions: Once Soros was sure of a decision, he never backed down and went all the way to profit from it.

On September 16, 1992, his most outstanding achievement was when he decided to sell $ 10 billion worth in Pound sterling by taking advantage of the Bank of England’s refusal to increase the interest rate.

This led to the fall in the value of the currency, and Soros was able to profit around $ 1 billion on a single day. He was nicknamed the ‘Destroyer of Bank of England’ from that day onwards. His victory comes from betting huge on his decision. Taking huge bets like that are unique to some traders like Soros; it is not advisable for beginners.

Willing to Cut Loses: George Soros was the man who was always willing to cut losses when he took a wrong decision. This could be far different from what Warren Buffet does, but Soros is a trader, and Buffet is an investor.

George Soros is putting money not because he thinks he needs to be own whatever he invests. He wants to make money. Sometimes the decision will go wrong, and he knows that he is wrong. He won’t hesitate to cut losses and call it a day.

George Soros believes that this business is a painful one and one needs to be ready to get bruised and wounded.

Rational Thinker: What stands out in Soros’ personality is that even though he is a trader, he is a logical thinker. He never let emotions decide for him. He trades with reason by his side. Most traders fall victim to their own emotions and take quick decisions based on nothing but feelings.

Though Soros always works on hunches and instincts, they are always backed by cold, meticulous calculations.

These two investors are poles apart, yet they have worked out a fortune that few men can ever dream. Their common traits seem to be that they haven’t let emotions take the better of them while making investment decisions.

Their constant companions were reason and reflection. These qualities helped both men, even if the course they took were far and wide.

If you think the article is helpful, please also share it with your friends and ask us any questions. 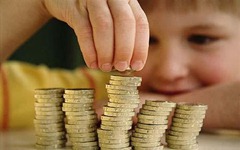 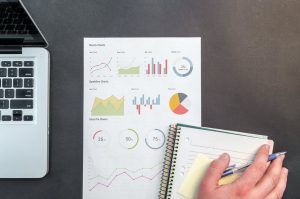 Invest In Where The World Is Going