The latest India Union Budget 2020 has been met with mixed emotions with a lot of people saying that this budget has been lacklusture for the most part and instead of making the lives of people simpler, it has made it more complicated. Here are the key highlights from the India Union Budget 2020

There is a new tax regime in place which while seems very promising on first glance isn’t really very different. While the new tax regime offers lower rate of tax, under this regime no standard deductions/exemptions are allowed. For people in the upwards of 30% tax bracket, the new tax regime actually leads to more tax being paid Securities issued under Employee Stock Benefit Plans by employers are taxable in the hands of the employees at the time of their exercise (i.e. allotment). In case of eligible start-ups, the payment of tax on such benefit is proposed to be deferred to within 14 days after (i) 5 years from the end of financial year in which options are exercised, or (ii) date of sale of such security by the employee or (iii) the date of the employee ceasing employment with the company, whichever is earliest.

An additional deduction of INR 1,50,000 was made available in the Finance Act 2019 in relation to interest on loan taken for acquisition of house property for which the stamp duty value does not exceed INR 45,00,000.Such deduction was available subject to satisfaction of specified conditions including that the loan is required to be sanctioned between 1 April 2019 to 31 March 2020.The present budget proposes to extend the timeline for sanction of such loan to 31 March 2021.

The dividend distribution tax (DDT) has been abolished at both the company and mutual fund levels. Instead, dividends will be taxable in the hands of investors and will be taxed at their slab rates 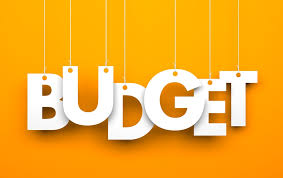 In addition to the key highlights of the India Union Budget 2020, we tried to put together excerpts from some of the biggest experts on key topics and policies covered in the Indian Budget 2020

“This policy move in the India Union Budget 2020 is a very positive development considering the seriousness of the problems plaguing the NBFC sector, starting from the rumblings in major players like HDIL, ILFS, etc. and gradually trickling down. Apart from the refinance window made available by RBI to banks for financing NBFCs, this will further empower them to go for hard recovery measures and reduce the stress in their balance sheets. At a macro level, the NBFC sector has deep linkages with the banking sector and the problems there can have a multiplier effect on the entire financial system, engulfing the SFBs, coop banks also. The restoration of health of the NBFC sector has to be a priority given their relative efficiency in credit delivery and last mile reach.”

“The Union budget presents the government’s intent to boost consumption and support inclusive growth. The revision of the income tax rates and the option for individuals to opt for a simpler and lower tax regime is likely to incentivise consumer spending and stimulate demand.

The proposed allocation towards the BharatNet programme continues the digital transformation efforts by the government to provide deeper access to digital connectivity. This will enable a larger part of the rural population of India to come within the ambit of the formal economy and create an accessible framework for digital financial services.

In a fillip to the SME sector, the government is providing subordinate debt which could bridge a key gap in the ecosystem and increase access to working capital. The thrust on the GeM platform also presents a significant opportunity for SMEs.

The removal of the Dividend Distribution Tax (DDT) in the union budget 2020, proposed exemptions for the sovereign wealth funds and the proposals on withholding tax will have a positive impact on foreign investments into India. This will help the infrastructure and real estate sector. Additionally, the substantially expanded disinvestment program is a positive step.”

Budget focusses on providing impetus to domestic industry by rationalizing Customs duty exemptions, and levying duties on import of goods for specific industries which are focused on ‘Make in India’ including increase on customs duties on electric vehicles. Government has taken steps to ensure measures to curb abuse of benefits available under the preferential / free trade agreements harming the domestic players. Keeping this theme in mind safeguard duty and anti-dumping duty has also been imposed on specific sectors.

Health cess of 5% in the nature of customs duty has been levied on import of specified medical devices with immediate effect.

From a GST perspective, given that GST Council along with the government has been taking steps to improvise implementation and administration of GST on an ongoing basis, no surprises or key amendments have been made to the GST legislation. Amendments for extending composition scheme to services sector and in the transition provisions for enabling the government to prescribe time limit for claiming unclaimed credits under the erstwhile regime is a positive step by the government

The Budget provides credible numbers in terms of the fiscal math, recognising the revenue shortfall faced this year. It uses up the 50bps point leeway that the FRBM act provides for both this and the next year which is a welcome step.

The budget commits to increasing the expenditure by 13% in 2020-21 with increased allocations for education, health and certain schemes in the agricultural sector. That said, this expenditure increase, coupled with the income tax cuts, does not seem to suggest a large fiscal stimulus that the current slowdown perhaps warranted. Of course, the fiscal space to do that was limited to begin with. The Fiscal Responsibility and Budgetary Management Act restrains the FM from deviating by more than 0.5 per cent of GDP from a glide path for the deficit of 3.3 per cent for 2019-20 and 3 per cent for the next.

Those who are disappointed with the absence of more overtures to the financial sector either in the form of more recapitalization resources for stressed public sector banks or a fiscal commitment to buy out the pile of toxic assets that continue to impede fund flow might draw some comfort from a measure that government will offer support by guaranteeing securities floated. While need to await the fine-print on how this will work and how quickly this will be implemented, this move might be helping in easing the logjam in the financial to some degree. Government guarantees could help cash-strapped NBFC borrow at lower rates. It could also enable the central bank to offer cash in exchange for these securities if it were to plump for some out of the box measures to attenuate risk aversion in the markets.

On a different note, the tax breaks offered to foreign investors and specifically those like sovereign wealth funds who are willing to place a long term bet on the economy acknowledge the fact that there is a fundamental mismatch between the supply of domestic savings and capital needs for accelerated growth. This along with the abolishment of DTT tax is likely to help attract foreign fund flows.

For the bond market, the borrowing numbers seem to be broadly in line with market expectations and are unlikely to put significant pressure on yields in the short-term.

The first Budget of the new decade appropriately focused on holistic growth objectives by resorting to the escape clause permitted by the FRBM act even as the commitment to consolidation remains in place. The budget sets out goals for boosting income in agriculture and allied sectors, boost export and commerce, concentrate on physical infrastructure and promote much needed focus on the country’s human capital through health, education and skilling. In this regard, the proposal of encouraging foreign flows into education is encouraging.

The focus on digitization to facilitate governance has been given a commendable priority and was underscored in this Budget as well. The idea of disclosing extra budgetary borrowings in the budget document is laudable as transparency would be welcomed by the investor community. The Government had introduced bold structural reforms in 2019 already through cut in corporate income tax and the spirit was continued in the restructuring of personal income tax rates and dividend distribution tax. These measures will help in reviving sentiment and boosting consumption demand especially at a juncture where the growth impetus has been receding.

Other targeted reforms undertaken such as extension of incentives for affordable housing and incentives for export credit are also welcome. The decision to divest a heavyweight such as LIC is bold and will help to augment the financing kitty significantly. The proposal to set up the Investment Clearance Cell, which will facilitate a single point support structure is a welcome move and will further ameliorate our “ease of doing business”. We are also heartened that the Government has not cut capital expenditure and has retained its focus on improving the quality of the overall spending.

In view of the fact that India requires considerable capital flows to augment our savings the move to enhance limits for FPI holding in corporate bonds and tax free incentives for sovereign wealth funds are positive measures.

“Extension of time period till March 2021 is a welcome step taken by government in the affordable housing space benefiting both,  Individuals and developers   While tax holiday on profits would encourage more builders to take up affordable housing projects, individual can  firm up home buying decision to enjoy the additional tax benefit of Rs.1.50 lacs.   It is a right step towards realising the mission of Housing for All by 2022.”

The Budget speech turned out to be no different from the previous years. The longest speech ever, the finance minister spent majority of the time describing the achievements of the government in the past and refused to acknowledge even once that the Indian Economy is facing a serious slowdown. There was widespread expectations that the budget would reduce personal Income tax in order to boost consumption. However, while the minister tinkered with the slab rates, she also qualified the reduction by removing all tax exemptions. To complicate further, now the individual can choose to pay taxes based on ‘Old rates with exemptions’ or ‘new rates without exemptions’. The outcome is that except gimmickry and confusion, the new changes are hardly going to move the needle of consumption.

The only large and surprising measure in the budget was the partial disinvestment of LIC, the crown jewel of the government. This can lead to substantial money to the government and may also facilitate more transparency in one of the most opaque financial institutions of the country. Another significant measure is 100% tax exemption for sovereign wealth funds on their infrastructure investments. This should help in bringing more FDI in the long term in the infrastructure space. The new Direct Taxes complicate the situation more than they resolved and `would contribute a little surplus in the hands of the people. The DDT would provide additional relief to corporates but would be negative for the individuals as they would be subjected to nominal tax rate as applicable. So basically any hope that the budget would have in assisting the economic revival has been dashed out temporarily.