Rewards cardholders are not maximizing benefits

According to the survey, most rewards card holders also don’t spend much time or effort researching rewards programs before applying for a card. Moreover, relatively few cardholders make the effort to regularly compare their card to other available rewards cards to see if they can get better rewards.

Surprisingly, 46 percent of those surveyed responded that they did not do any research before applying for their card. Consumer finance experts highlight that not taking the time to choose a rewards program that fits your spending habits is a major missed opportunity for consumers.

Also of note, 56 percent of respondents to the U.S. News survey reported that they compared rewards cards less than once every three years.

One in seven report spending more because of rewards card

In a somewhat troubling finding from the recent USN survey, while 66 percent of respondents replied that they spent about the same amount of money on their cards knowing they get rewards, over 14 percent reported that they were spending more because they had a rewards card (20 percent responded don’t know).

Spending more on your card just because you get rewards is a recipe for trouble according to most financial experts. “If you find yourself overspending to earn rewards, you’re on the losing end of that equation,” explains Jason Steele. He continues, however, to note if you just keep spending as you normally would, but charge as much as possible on the card, you can earn some sweet kickbacks and perks with rewards cards.

Don’t be one of those people who doesn’t take full advantage of your credit card’s rewards program. It only takes a few minutes to do some research online, and several consumer and credit-card-related websites have apps to help you compare cards and determine which is the best for you.

Taking the time to figure out what rewards card fits best with your personal spending habits is definitely a good idea. Investing just 15 minutes of your time today could lead to several hundred dollars cash back a year or even more in travel perks and rewards in some cases.

5 Factors to Consider While Choosing Your Credit Card

December 22, 2019
Credit Card vs Cash Loans – How to Use them to your Advantage? 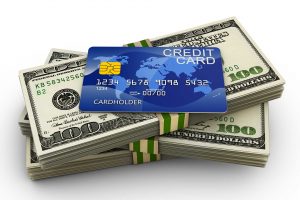 Credit Card vs Cash Loans – How to Use them to your Advantage?