A study of a randomly selected 865 American adults who use debit or credit card showed that nearly half of them are reluctant this holiday season to return to hacked stored. We all know that data breaches are very common nowadays and people just want to protect their personal information.

The study,conducted by landline and cell phone from 2 – 3 October by Princeton Survey Research Associates International for Credit.Cards.com showed that,

We have been hearing a lot about data breaches in the past few years. It seems that there are lots of hackers out there who use personal data from millions of different consumers. Popular stores such as Home Depot, Michaels and Target had experienced data breaches. This means that thieves are everywhere and no store is safe. 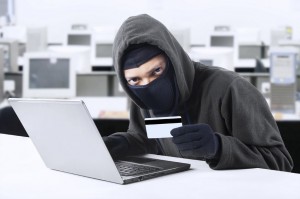 When people hear about data breach they experience fear, because their personal data might get abused. A professor of applied economics, management and director of graduate studies at Cornell University in Ithaca, New York says that lots of people experience emotional reaction when they hear about data breaches. The first reaction is that they won’t go shopping there anymore, because their personal data might get lost. They feel like their personal rights are being violated as well as their credit. So, they become worried and it is completely normal to refuse to go shopping to the store that experienced data breach.

But there are some consumers who realize that this is now part of our society, they accept that fact and after some time, they decide to return and shop in the same store. Avoiding a store that experienced a breach depends on many factors and options such as if you own a business account for example, it is very certain that you will stay there after a data breach.

But if there are other options available you can easily leave the retailer shop you used to buy things from, and shop elsewhere. This is a fact, but it doesn’t have to mean that it is always like that.

Another interesting fact, we noticed from this study is that people who live in the West and Midwest were more willing to forgive and give another chance to breached retailers.