The year 2013 has been quite a unique year for the stock market. In fact, it might turn out to be one of the most difficult years for market pundits to make predictions. This is primarily because the parameters for determining stock market behaviors have changed drastically over the last few years, particularly in the aftermath of the financial crisis in 2008. The world economy has shown signs of recovery, although somewhat inconsistent. Europe’s economy has had the hardest time trying to recover, as the continent has been marred by debt crises in Greece and Spain. Analyzing the effect of this crisis on the world economy vis a vis the general improvement in economies elsewhere makes it a whole lot more difficult to come up with a comprehensive prediction of the market.

Admittedly, European stocks seem to dwindle by the day, owing to their debt default issues. However, some European countries like Norway seem to remain considerably strong amidst all the chaos. Investors may yet shy away from European stocks in general, until they are convinced that something is going to change. Even the stocks that seem to remain strong will eventually feel the pinch if the crisis persists. Most of the seemingly stronger stocks are banking on their presence outside the continent, but it will be difficult for them to keep that up because somehow the value of the Euro will be an important factor in determining the stock values.

Having said that, European stocks will, like all others, always be valued relative to competing stocks. Therefore, things could still change. In the meantime, though, it appears the EU still has a lot of work to do.

Elsewhere in the US, things still don’t look too good either. The US economy is still grappling with a lot of issues, both political and economic. Recent events might yet raise questions for investors over the stability of the US dollar. Protests over some legislations have been sporadic, and if the Government’s reaction is anything to go by, then the end is nowhere in sight.

Only this week, several people were arrested in states across the United States while protesting against Wal-Mart and its policies for workers. Apparently, the protestors are seeking to compel the retailer to pay all its workers a minimum of 25000 dollars a year. They also want the company to do away with some of its disciplinary regulations for its employees. With Wal-Mart being one of the largest stocks for the US, there is no telling what adverse effect this will have, not only on Wal-Mart’s stocks, but on US stocks in general.

Furthermore, mortgage rates in the US are reported to have hit a two year high, which is no good for the stock market. At close to 4.58 percent, market pundits predict that the rates might climb even higher towards the end of the year.

In Asia, it is a little of a paradox. Japanese stocks have been struggling recently, and so have many other Asian stocks. Big companies like Korean multinational Samsung have had a rollercoaster ride, battling court cases with Apple about Copyright infringement. These court battles, the bad publicity that comes with them, plus the very cost of the cases have been a huge barrier to the companies stock value in many markets.

Chinese stocks have been rising steadily for quite a while too. But recently, the US government banned two Chinese multinationals from the country after claims that their gadgets were being used to spy the US. These companies, ZTE and Huawei, will have a lot of trouble recovering after losing such a big market like the US.

Events keep on happening, changing stock market situations everyday, and investors might need to be more careful than before.

Eugene Mazurov provides financial guide for smart people at http://kscripts.com where he gives you approachable personal finance and investment ideas that help you to get the financial results you desire. January 11, 2021
Should You Invest in Stocks or Real Estate?

Should You Invest in Stocks or Real Estate? 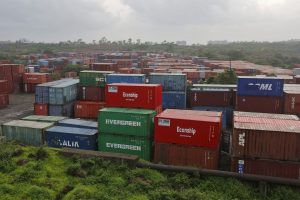