Stock investing is serious business, and a lot of non-professional stock traders often get too overzealous and jump the gun when they make an initial stock purchase. When you purchase any kind of stock, you need to know several things about it first. If you don’t, you’ll be doing nothing but speculate wildly, and every study ever produced says that this is the best way to lose money instead of making it. The following are some very good things to know before you buy any stock. 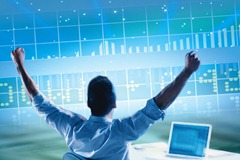 Believe it or not, a lot of stock buyers get into such a hurry to buy a hot stock, they simply memorize the ticker symbol without knowing the name of the company. Or they look up the name once and them forget it. While the classic quote about a rose by any other name smelling as sweet may be true, not even knowing the company’s name is a classic sign that you haven’t done your research at all.

What the Company Does

When you think about owning a stock, you might not take much time to consider what the company actually does. As long as it makes money and goes up, it’s fine for most people. However, it’s wise to consider how the company makes its money so you can understand where it fits into the world’s economy. As the world changes, some companies will inevitably become obsolete, while others will do exceptionally well. You want the latter in the stocks you own.

In some cases, ownership structures of stocks are complicated. For example, Chinese companies often require foreigners to buy shares of a holding company, so that the underlying company is still Chinese owned. However, in most cases a strange ownership structure is just a sign that people who don’t want to be scammed should stay away.

How much profit is the company producing out of its revenue? If the company sells a widget, how much of the proceeds are eaten up by the costs of doing business? If you don’t know this, you don’t know whether the company is really making money on what they do, or if they’re just playing with numbers in their ledger.

What protects this company from its competitors? If the answer is nothing, the first time someone comes along with a lower price the company is in serious trouble. The larger the moat, the better the company is at surviving unpredictable situations.

Buying stock isn’t a simple matter. It requires research and a emotional control. Do your research and know the company before you buy the stock, or you’ll regret it later on.

Deadra Kneisley loves studying investments and stocks. Her friends are constantly asking her to check out these penny stock tips or help them choose a stock. She hopes to one day become a professional trader.